When we talk about evidence for the existence of God often people want to alter the way we define evidence to include inclusively first hand sighting of God. People will argue that no one has ever seen God so how can we prove he exists? Well, if we use that reasoning the same may be said about George Washington. No living person today has ever seen him so how do we know he exists? There is evidence of his existence. We have documentation not only from him but from collaborating witnesses who lived during his time who confirmed his existence by referring to him in their writings.

Now none of the Christians throughout history would have agreed they were oppressing those that were on the receiving end of injustice. In fact, pastors who preached that slavery was unjust and not Biblical were deemed liberals and teaching heresy.

Sermon January 12, 2020 – PastorBryon {NO AUDIO} Introduction As Paul was bringing his letter to the Philippians to a close he told them this,” whatever is true, whatever is …

Sermon: December 8, 2019 – PastorBryon {NO AUDIO} Introduction As my Christian walk has progressed over the years I find more and more I want to hear from God for …

Bible verse of the day

Do your best to present yourself to God as one approved, a worker who does not need to be ashamed and who correctly handles the word of truth.
2 Timothy 2:15
DailyVerses.net

Join our adult Bible study every Thursday evening for an engaging Bible study designed to strengthen and grow your relationship with God. We meet each week in a different persons …
6:30 pm Youth Group
Youth Group
Sep 30 @ 6:30 pm – 7:45 pm

Join us for our weekly church service at 11:00 AM every Sunday.
View Calendar
Add 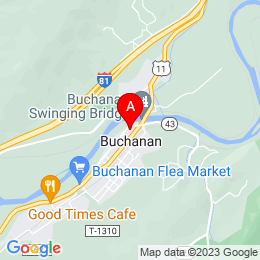